Torch or soldering blow lamp, what to choose? 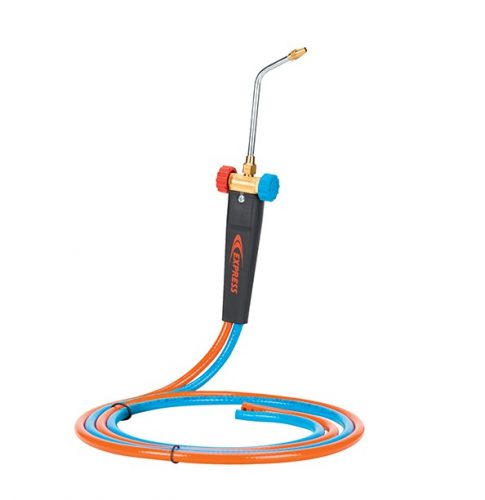 The choice between the torch and the soldering blow-torch depends on the work you have to do. The former is more recommended for heavy work and professional use, while the latter will be more suitable for small everyday tasks and for domestic use. 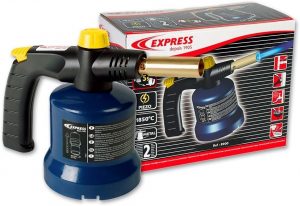 The soldering blow lamp is a handy tool, recommended for fairly light work. It will serve you for all types of do-it-yourself, troubleshooting, scraping, brazing and welding. With its targeted action, you can carry out precision work, for example to release seized or frozen parts or locks. You can also keep your soldering blow lamp for domestic use in the kitchen, for your crème brûlées.

The soldering blow lamp is practical because it is self-contained and compact. Based on the principle of single gas combustion, you hold it in one hand. It generally runs on butane gas and reaches a maximum temperature of 1850°C with a butane/propane mixture, which is more than sufficient for routine work.

The uses of the soldering blow lamp

The soldering blow lamp can be used for three types of operations: welding, soldering and brazing.

1 – Welding consists of amalgamating parts of the same metal, using a rod of the same metal as a binder. By raising the temperature, you create a molten bath that enables metals to be joined together.

The soldering blow lamp is used for soldering zinc, lead or tin.

2 – Soldering and brazing provide heterogeneous welding, e.g. of steel and copper. It is more a bonding than a welding operation, as no mixing or penetration occurs between the two parts, as is the case with welding.

The metal used as a joint must have a melting point lower than that of the two parts to be joined. Metal diffusion or infiltration in the upper layers of the metals to be joined provides better adhesion, with a granular surface.

3 – Brazing is used to join two parts permanently, but without fusion of the two edges that will be joined. It can be made with or without filler metal. When a preferred intake is preferred, it is usually lead, zinc or tin.

The plumber’s gas torch is a less handy tool because it is larger. Based on the same principle as the soldering torch, the

torch works with butane/propane gas or even with an addition of propylene, stored in a large cylinder, comparable to household cylinders that fuel a heater or stove.

The plumber’s gas torch consists of a nozzle, connected by a flexible tube to the gas cylinder. A pressure regulator makes the connection and regulates the pressure between the cylinder and the torch. It is essential both for proper operation and safety, and for regulating the flow of gas and thus the flame in fine.

The plumber’s gas torch is a professional tool with a heating temperature of up to 2,000 °C. Thanks to the cylinder that powers it, its service life is much longer than that of the soldering torch.

The nozzles of the plumber’s gas torch

Depending on the work you wish to carry out, there are different nozzles.

1 – Nozzles with cylindrical tips have the particularity of producing a linear flame. They are recommended for brazing flat parts.

2 – “Cercoflamm” enveloping nozzles produce a more diffused flame that allows the parts to be heated to be enclosed. There is no heat loss and you can work quickly. These nozzles are indicated when you need to anneal copper for bending.