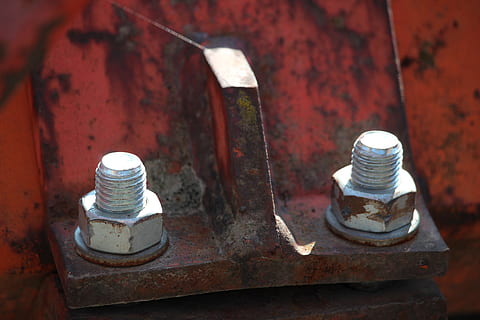 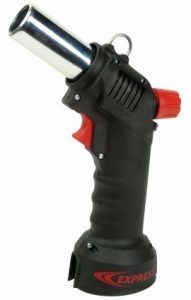 Every DIY enthusiast has been faced with a stubborn bolt that could not be unscrewed because of rust. The first rule in this case is not to force, so as not to cause irreparable damage. If the use of a rust dissolver is not enough, you can move on to the next step: the torch.

The effects of rust on bolts and screws

Over time, moisture seeps between the threads of a screw and its bolt, causing rust to form. All ferrous metals oxidize on contact with humid air. The action of oxygen on metals leads to the formation of a compound that expands in the metal by electrolysis, resulting in the creation of cavities.

It only takes a tiny crack in the protective paint for a rust spot to form and then to spread very quickly.

The golden rule: never force a bolt stuck by rust.

The formation of rust between a screw and its bolt welds the contact between the two parts. To begin, make sure you use a quality wrench that matches your bolt. The wrench is often to be avoided in difficult cases, as it is not always possible to adjust it accurately.

You mustn’t force your wrench. The two parts are welded together, so there is a risk of the screw breaking due to torsion. If your wrench does not fit and slips, you will blunt the edges of your bolt, which you will then have no hold on.

The first reflex is to use a rust dissolver, but it is often not enough. You inject a fluid or an aerosol liquid that slides into the centre of the thread. The problem with rust is that the two parts are welded together and the rust dissolver cannot penetrate.

The most effective solution in this case is to use a heating tool, such as a blowtorch or heat gun. Applying high temperatures will expand the sound part of the bolt/screw assembly. The rust is compressed and, as soon as the metal cools, it breaks.

Which torch should you use?

The Guilbert Express 4500 torch is perfectly suited for the job. It is a hot air gun that is very simple to use. It’s a good idea to always have it in your toolbox, because it will be useful in many situations, not just for loosening bolts. With its adjustable temperature between 400 and 750°C, the 4500 is used to make all metals malleable, to bend, weld, thaw or strip. It also helps you with all your meticulous work for other materials, such as adhesive, vinyl or leather.

Remember first to wear protective gloves to avoid the risk of getting burned. Light your 4500 torch and point it at your bolt. With its flat nozzle, you can point the heat precisely, which prevents damage to the parts around the bolt.

If your assembly is still difficult to unblock, you can add some rust dissolver, just after heating. Once the rust breaks, it can seep around the thread.

The 4500 is very handy, because its gas cartridge (propane or butane) is integrated. It has a piezo ignition which is not afraid of temperature variations and works even at – 8°C. It’s instant flip and you’ll be able to use it in any positions.

By continuing your navigation, you accept our privacy policy, the deposit of cookies and similar third-party technologies as well as the crossing with data that you have provided to improve your experience on our site.Accept