Guilbert Express was founded in 1905 and has been innovating ever since. With the aim of satisfying its customers, both professionals and individuals, the brand has constantly developed its various ranges to provide an exceptionally varied offer today, which enables everyone to find the most versatile tool or, on the contrary, the most specific device to meet their needs.

Léon Guilbert founded his trade in lighting and soldering equipment at the beginning of the 20th century, in the 11th arrondissement of Paris. Its brand took the name of Express as of 1910.

The first electric soldering irons were introduced in 1927. They mark the beginning of a quest for ever greater progress and innovation to meet the growing needs of consumers. Guilbert Express presented its first butane and propane appliances in 1932. They were to experience a meteoric rise in the aftermath of the Second World War.

The diversity of Express equipment and electric soldering irons 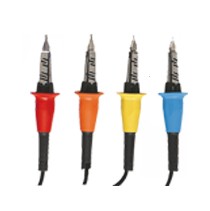 With electric soldering irons, blowtorches, heat guns, etc., Express is constantly increasing the use of its tools and now reaches many sectors of activity: plumbing, construction and public works, industry, agriculture and treatment of green spaces, among others.

Its electric soldering irons, powerful and robust, have been adapted to the demand:

The research and development department

Léon Guilbert’s first patent for a “heating and combustion device”, filed in 1905, was 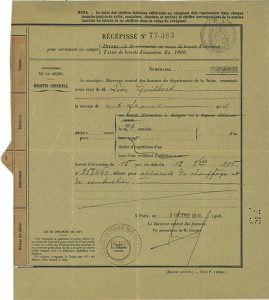 the first of a long series that continues today. The Research & Development department at Guilbert Express has since registered more than 60 patents.

The brand integrates professionals in its research to develop the tools they dream of. An innovation only makes sense if it has a real utility that makes business progress. Through attentive listening, the Express design office works on devices that meet the requirements of its customers.

Before being launched on the market, each new device is tested in the laboratory, and in the field to assess its relevance and effectiveness. That’s why Express confidently guarantees its tools for 24 months.

In addition to new products, the engineers are always working on improving the range already available.

Guilbert Express has long since integrated the constraints linked to ecology and sustainable development. Every effort 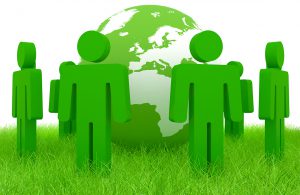 is made to be thrifty at all levels. Firstly, the company’s operations are based on energy savings, recycling and controlled expenses in all areas. Secondly, the tools are designed with saving in mind: they must be energy efficient to consume a minimum of gas, robust to last as long as possible and repairable in the event of breakage.

Express is committed to working with service providers and suppliers who are as attentive as it is to the ecological approach. Only those who comply with the environmental charters are selected, linked to the ISO 9001 and 14001 standards, and who offer other labels that testify to their environmental commitment, such as Imprim’vert, PEFC and FSC®.

Express is constantly improving its ranges, which represent the best alternative to avoid the use of polluting chemicals. By favouring the use of electric soldering irons, thermal weed killers and other gas-powered machines, which are both durable and efficient, you are helping to save the planet.

By continuing your navigation, you accept our privacy policy, the deposit of cookies and similar third-party technologies as well as the crossing with data that you have provided to improve your experience on our site.Accept